Blackbird singing in the dead of night
Take these broken wings and learn to fly
All your life
You were only waiting for this moment to arise.

Blackbird singing in the dead of night
Take these sunken eyes and learn to see
All your life
You were only waiting for this moment to be free.

Blackbirds are the most precious thing in the world to me as of late. Random huh? Seeing as I’ve really never actually liked birds. My aunt Terri had birds when I was little, and they were true assholes. I remember being like 7 and just knowing I did not like them. But these blackbirds now. There’s just something special about them.

They’re my sign from my Kam, and he picked them out just for me. Just like he picked out this song just for me. He really know’s his mama, to know I’d connect so deeply with it. Especially since it’s a Beatles song. He’s a clever little one, my son. I’m so proud of that, and of him.

Also, I swear with the music that I do connect so deeply to, that I was certainly born in the wrong Era. Way to go Mom & Dad. I should probably be your oldest, and not your baby.

If you have a true spiritual side like myself, then you’ll understand what it means to get these signs. And more than that, you’ll understand the significance of being able to so clearly recognize and connect to them. It really is a saving grace for me. And a reminder that I’m still living for my son. Mostly, just to make sure he is proud of me. And also to make sure he’ll never be forgotten. I’ll be damned if I allow that to happen. Not to my boy.

It’s nice to have this connection to him when the holidays hit. Sunday and Easter was the first real holiday since he’s been gone. I think the days leading up to it were worse than the actual day itself. Especially the day before when I was in Wal-Mart and everyone was just rushing the Easter aisles for things to stuff their children’s baskets with. It just made me sad that I didn’t have a reason to be going down those aisles. Except I still did. Go down the aisles. Maybe because I’m a masochist. Who really knows at this point. I just so strongly feel the need to engulf myself in all of it, including the pain. I’m a firm believer that if I don’t allow myself to really feel it, then I’ll never get through it.

Also, I think that the Wal-Mart that I was at, was by far the most Wal-Marty, Wal-Mart that you can get. If that makes sense. Think Wal-Mart in the early 2000’s, filled with nothing but people you see online at the People of Wal-Mart.com. It was that serious, I swear. #NeverAgain

I did end up making some purchases from those aisles though, to make Kam’s dad an Easter Basket. I just had to make one for somebody. My soul needed too. It turned out pretty good if you ask me. And well, since this is my blog, essentially you are asking me.

I didn’t make Kam an Easter Basket like I would have wanted too, but only because there are rules as to what can be left at his site. But I did get two new solar lights for him, that have my blackbirds on them. They seemed like the most fitting to me. I took those to him, along with an Easter plant and some other little decorations. It makes me feel good to keep his area cleaned up and decorated. It’s seriously the very least I can do for my boy. Plus I made a vow to celebrate every holiday with him, the same way I would have if he were still living. And that’s a vow I don’t intend to break. Ever. 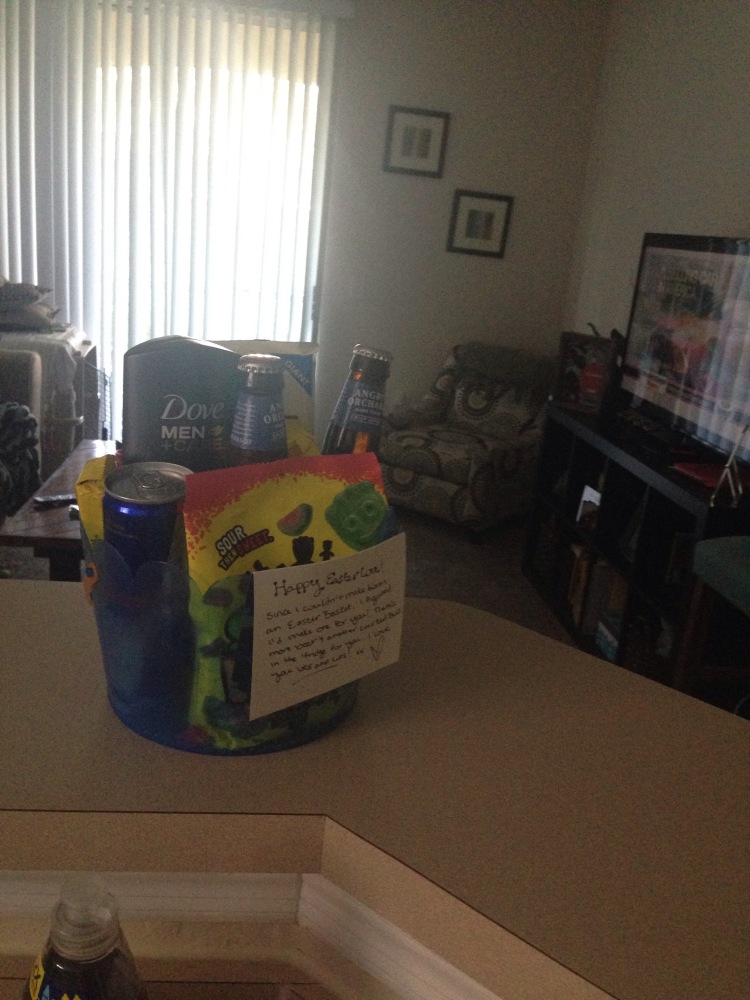 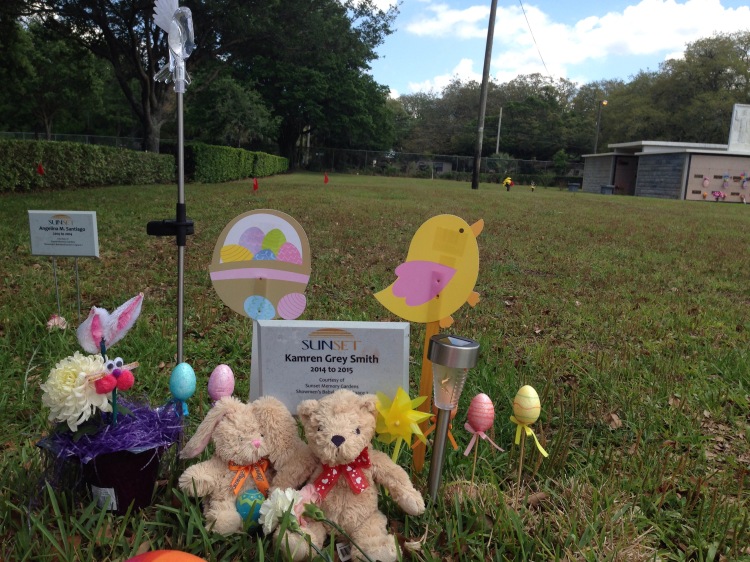 One thought on “Blackbird Singing in the Dead of Night”